This summer, we organized the 6th FMM International Summer School in Berlin. More than 40 graduate students and junior researchers from all over the world came together for a one-week academy that aimed at providing an introduction to Keynesian macroeconomics and to the problems of European economic policies. It consisted of overview lectures that were given by leading international researchers in the area, like Robert Blecker (US), Eckhard Hein (Germany), Stephen Kinsella (Ireland), Marc Lavoie (Canada), Asjad Naqvi (Austria), Maria Nikolaidi (UK), Özlem Onaran (UK), Thomas I. Palley (US), Miriam Rehm (Austria), Antonella Stirati (Italy), and Engelbert Stockhammer (UK). The lectures are a core element of the FMM Summer Schools. This year, the following areas were coved:

The contents of the lectures were discussed within small students groups while the sessions on Stock-Flow-Consistent and Agent-Based modelling were complemented with a lab. During the lunch break and in the evenings the students continued their discussions about macroeconomic issues and exchanged working experiences. Others enjoyed various leisure activities. Highlights of the summer school were a boat trip in the city centre of Berlin and a barbeque. We concluded the successful summer school with a panel discussion about the future of Keynesian macroeconomics. Eckhard Hein moderated the lively debate between Marc Lavoie, Antonella Stirati, Stephen Kinsella, Sebastian Gechert and the students. 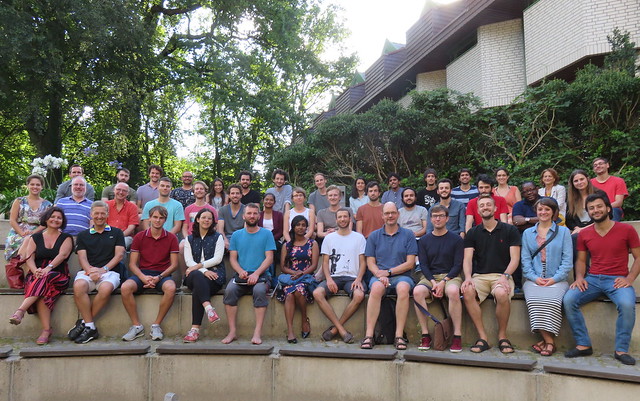